Located at the historic Willard Hotel in Washington, D.C., Big Whig Media’s new broadcast production facility aims to be a resource for those looking to create content.

“Big Whig Media was started because we saw a lack of places to create good content as the explosion of digital media was taking place around us. Our goal was to create a location that anybody could come to and use to create high-quality content, whether that be a streamed podcast, digital ads, a live TV interview, or even a full TV production,” said Cassie Scher of Nahigian Strategies, the parent company of Big Whig Media.

“Our target audience is anybody looking to create content, do media training, produce a show, air a podcast, or anything else you could do in front of a camera, including associations, PR firms, government agencies, political campaigns, media outlets, news agencies, corporations, or individuals.”

We recently had a chance to speak with Chuck Heffner, Digital Video Group’s VP of broadcast systems, about the project and its interconnected production spaces.

How did the multi-modality of the facility influence the build-out and infrastructure?
It was very important to design each production area of the facility to operate as a stand-alone entity.

However, each area or room also was required to interface to the entire system such that the entire facility could be interfaced seamlessly for a project that required all of the facility’s live production capabilities, such as operating both larger studios simultaneously, (plus) the uplink rooms, post-production recording and playback, and live video from the field via Skype or LiveU.

What technology was used in the podcast/radio studio?
The podcast studio consisted of a Sony PXW400 ENG camcorder, an ElectroVoice RE-20 and Sony ECM-77B wired microphones, a Marshall POV camera, a Yamaha RIO1608 stage box, a DVG custom IO service panel, and NEC and Sharp on-set displays.

What technology was used in the control room? 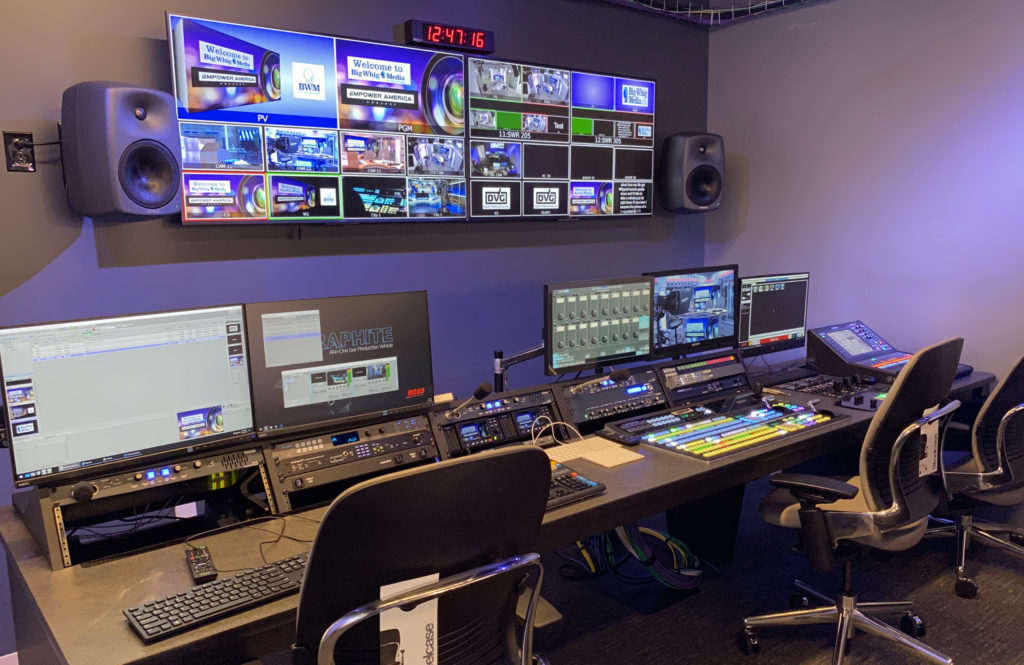 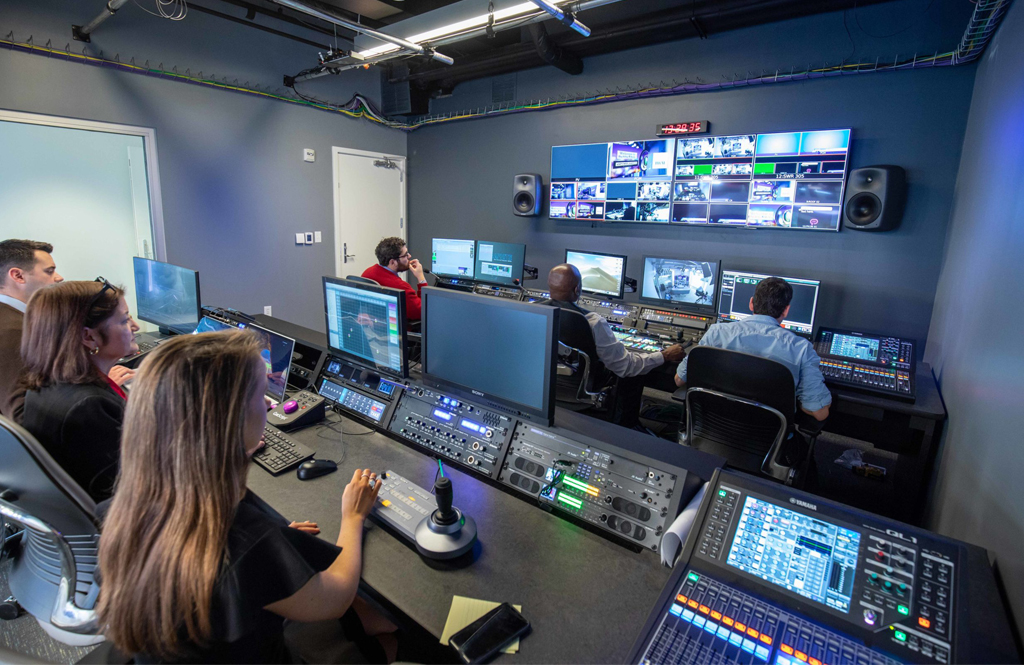 What sets this installation apart from other recent projects?
The Big Whig Media at the Willard project needed to incorporate multiple commercial production requirements—live broadcast, podcast, uplinks, post-production, and media distribution—in a very tight space, while providing a high level of production capabilities and quality.

In addition, the system needed to support operation with a minimum amount of technical personnel.